"First in Schenectady to Serve You Hot Dogs:" The New Way Lunch


For over half a century, a lunch spot on Albany Street operated by the Stathis family served up hot dogs to Schenectady's residents and visitors. According to John E. Stathis, son of the founder of New Way Lunch and the business' proprietor from the late 1940s through the mid-1970s, the New Way Lunch was established in 1919 by his father, Evangel Stathis, who immigrated to Schenectady from Greece.

The younger Stathis claimed that the New Way Lunch was the first business to serve hot dogs in the city of Schenectady, and the first to serve them with a special secret sauce. "My father-in-law glorified the hot dog," said Irene Stathis, wife of John E. Stathis, in a 1967 newspaper interview. "He became famous for his sauce. It was his own recipe and he handed it down to John. John is the only one who makes the sauce. He puts the ingredients in a bag and shakes them up. It's all very secret. But the one thing that is not secret is that the hot dog is king here." 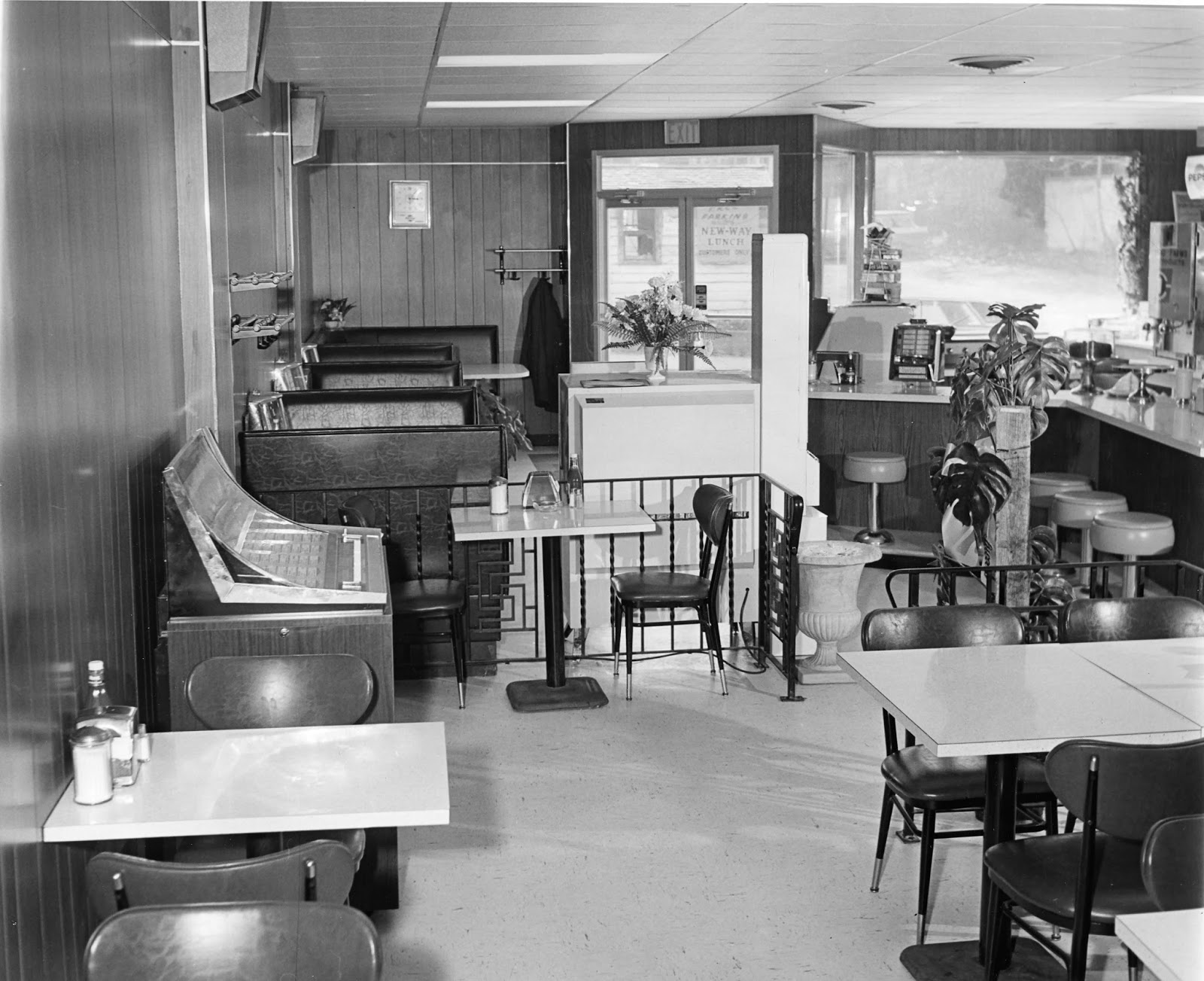 
In addition to selling hot dogs in the restaurant, the New Way Lunch also catered parties and took orders for special events, providing hundreds of hot dogs and gallons of their secret sauce. At least once, the business conducted a hot dog eating contest. "One man ate 28 and we almost carried him out," Irene Stathis remembered. From time to time, John Stathis would celebrate anniversaries of the New Way Lunch by offering hot dogs for sale at their 1919 price - only 5 cents each.
Posted by The Librarian at 12:58 PM