This blog entry is written by Library Volunteer Jane Falconer.

Everyone is familiar with the sight of a police car patrolling the streets of Schenectady, but that was not always the case. A look back includes foot patrols, horse-drawn wagons, horses, motorcycles, and finally automobiles and even mountain bikes.

When Schenectady was first settled there were no patrols and no one guarding the settlement in February of 1690 when a raiding party of French and their Indian allies attacked, massacred the settlers and marched captives north to Canada. A Mohawk man, Lawrence, led a party to rescue the kidnapped settlers and convince them to return and rebuild the settlement.

The first night watchmen were appointed in 1788 through an act of the New York State Legislature. There were six who walked the streets of Schenectady within 3/4 mile of the Old Dutch Church (now the First Reformed Church) on Union Street between 9:00 p.m. and dawn. They received no pay, but were subject to a fine if they neglected their duties. One watchman was on duty at a time, and their equipment consisted of a staff approximately five feet long and a lantern. Their primary responsibility was to watch for fires and other disturbances. Ten years later, in 1798, Schenectady incorporated. The city was divided into two wards and the night watchmen were now designated as constables who were elected by the City Council. Each ward had 4 constables for a total of 8. For the first time they received payment in the amount of 37 and 1/2 cents a night, out of which they paid for the candles used in their lanterns as well as firewood for the station house. With an increase in numbers around 1817, they patrolled in pairs.

The New York State Legislature formed the Capital Police Force in 1867 to oversee law and order in Schenectady, Albany, and Troy. This continued until June 15, 1870, when the Schenectady Police Department was established by an act of the State Legislature. The new department consisted of a Chief of Police and Assistant Chief and eight patrolmen who worked twelve hours a day with one day off per month. The uniform of the day was a blue wool knee length coat with a high collar and two rows of brass buttons down the front. The hat was a Keystone or Bobby style cap.


Horse patrols were introduced in 1904. James Rynex was the first patrolman to ride a horse on rounds; in 1927, Ephraim Traver was the last. By that time, horses were restricted to Central Park and eventually sold. Along with mounted patrolmen, the two horse hitch “Black Maria” and horse-drawn patrol wagons were used. On the streets, patrolmen contacted headquarters with their whereabouts through the use of call boxes placed throughout the city.

1906 saw the introduction of motorcycles for officers on patrol and they were able cover a larger patrol area and respond to calls faster. There was a drawback to this faster mode of transportation -- their hats often fell off while riding, and this necessitated a change to a military style hat. The hats changed again in 1928 when the New York City Police Department changed to an eight-point cap as a way to commemorate the original eight members of the first Watch in Dutch colonial New Amsterdam (now New York City). The Schenectady Police Department followed suit and that style cap is still in use today.

Automobiles were first used in 1912, and 1937 saw the installation of AM radios in police cars. Those were replaced in 1943 with FM radios for clearer reception. Call boxes were upgraded to include voice capability and they were replaced with walkie-talkies in the 1960s in an effort to help the officers on patrol better communicate with headquarters. 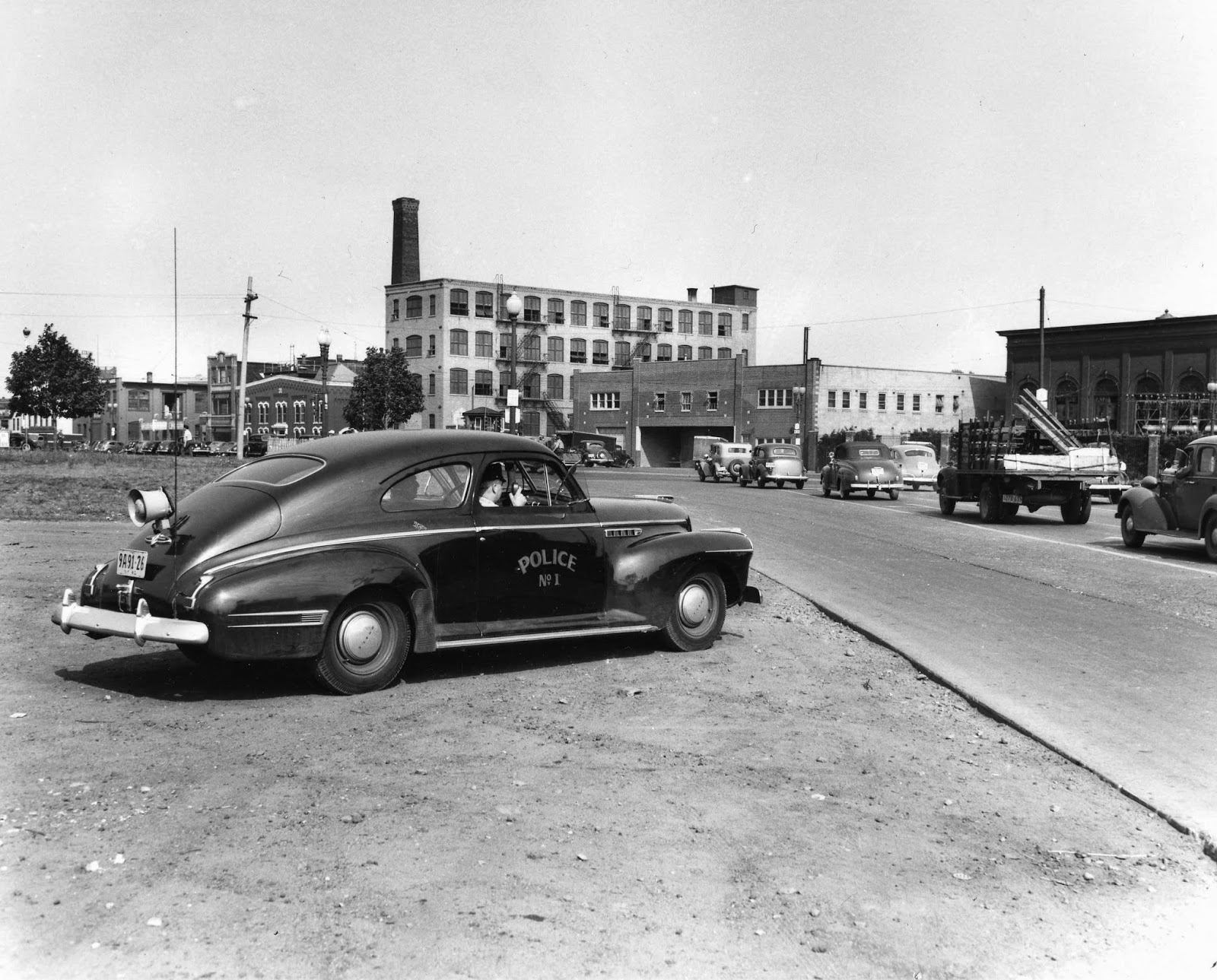 Today patrols include mountain bikes in addition to foot patrols, motorcycles, and automobiles. After completion of the mountain bike training academy, officers can patrol in cars, on their bikes, or both. Their cars include bike racks so they can park their cars and bike their patrol zone. Currently there are two mountain bike patrols in downtown Schenectady.

Today's police officers have come a long way from the days of a carrying a staff and a lantern while patrolling the streets between dusk and dawn. However, the early days will always be remembered in the shoulder patch worn by the current members of the Schenectady Police Department. It depicts the statue of Lawrence the Indian that is located in the Stockade area of the city as well as the burning of the settlement on that long-ago night in 1690.

Email ThisBlogThis!Share to TwitterShare to FacebookShare to Pinterest
Labels: Police