John and Jane Doe- unidentified citizens of Schenectady's past 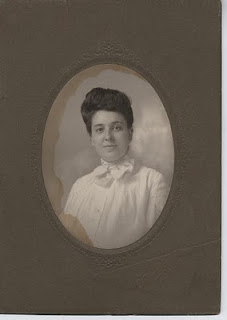 Recently in the mail the library received the donation of two portraits of ladies, from the middle to late 19th century. The donor did not know who the women were and the only way she linked them to Schenectady was through their frames, which were from Walter E. and Talbot Studio, 505 State St. Schenectady NY. After we had accessioned the photos to our collection, I was instructed to add them to our unidentified person photo file.
In many ways the whole idea of an unidentified people file intrigued me. I guess part of me finds in a bit romantic to see old black and white photographs of people I don’t know, from a time long past. Part of me still wants to invent stories about who they were and what kind of lives they led.  And on another level, I was also sad that we do not have any idea who these women are. Not too long ago I was collecting and scanning old family photos that my grandparents had, in an attempt to preserve the pictures and remember who they were of. From that perspective it made me sad to think that these two women may never be united with members of their family, and there might be someone wondering what great-great-aunt Joyce looked like, who will never know that they have her nose.
However, as the member of archival staff, unidentified people create a problem. Who is going to be able to identify these people if family and friends are long gone? And in the case that they can’t be identified, should we just give them up as lost members of our heritage and forget about them or can we still learn something about them without knowing who they were? 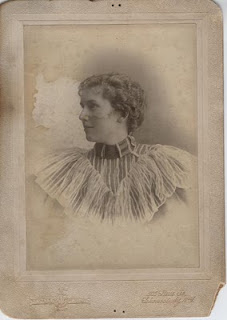 My answer to that question, given my anthropological and archaeological background is yes, we can still learn from John and Jane Doe. In some ways, being focused on history and genealogy at the library, I think we often forget how much about the past and about people can be learned without ever knowing who the person was. We can interpret their poses, hair and clothing styles, and learn about the culture from which they came. Photographs are particularly interesting because they show how a person wanted to be represented. The person being photographed may be in his or her best clothes. Are they trying to impress those who will be seeing the picture with their elegance and poise? Or maybe he is wearing his work clothes and not treating the picture as anything particularly special, in which case, why not? Are people pictured alone or together?  Are they together because an image of the family unit was more important or simply because they could not afford for everyone to have individual photos taken? If we look at a larger picture of the past we can still learn a lot more about people, instead of focusing on finding their identity and leaving it at that.
Posted by The Librarian at 9:11 AM

Email ThisBlogThis!Share to TwitterShare to FacebookShare to Pinterest
Labels: photographs