Edwin Zachariah Carpenter was born in 1835, the son of William Carpenter and Anne Heddon. Carpenter, a long-time resident of Glenville, collected historical material about local people, families, businesses, and events. Scotia historian Neil Reynolds describes Carpenter as a self-styled historian “who chose to specialize in the seamy side of life,” recording the “the anecdotes, the tall tales, the nicknames and characteristics” of the townspeople along with the basic facts of their history and genealogy.

Carpenter's focus on gossip and on "the seamy side of life" are reflected in his notes from a conversation with painter Samuel H. Sexton: "I spoke to Sexton of Oothout, recently buried and he promptly answered 'yes, the d----d old simpleton and [illegible], his whole life has been a total failure. He never allowed an opportunity to slip to speak of his having graduated from Union College and was always quoting snatches of Greek and Latin, but he hadn't the mental grasp to read a sensible newspaper article that demanded half an hour's close attention.'" Carpenter's lively and at times lightly mean-spirited details impart a juiciness to the genealogical facts of birth, marriage, and death. Reynolds recommends Carpenter's information for those who don't mind gossip about their ancestors and who can appreciate some lore along with the facts.

Carpenter is perhaps best known for his self-published magazine, The American Historian and Quarterly Genealogical Record. Willis T. Hanson, in his History of Schenectady During the Revolution, investigated the authorship of The American Historian and Quarterly Genealogical Record, which was noted on the title page as being “edited by the Historical Society.” Hanson writes in 1911: “Indirectly, from the publisher, the writer has learned the history of this little magazine. There was no ‘Historical Society’ … Mr. Carpenter had no associates in his enterprise. He was sole editor, proprietor and printer, setting his own type and using as hand press which he still has.”

Neil Reynolds notes that Carpenter’s most steady work was as a printer and publisher. He also served for a time as Glenville Justice of the Peace and was involved in real estate in Glenville. After a lifetime of chronicling and collecting information about Scotia and Glenville history, Carpenter died on December 20, 1917 at the home of his niece, Mrs. H.L. Schermerhorn. He is buried in the cemetery of the First Reformed Church of Scotia.

The collection is comprised of a variety of material created and compiled by E.Z. Carpenter, a historian, genealogist, and collector from the town of Glenville. The bulk of material pertains to people, organizations, and events in Glenville and Scotia. The collection includes original historic documents and copies of historic documents, copies of deeds and documents pertaining to legal matters, pension papers, genealogical notes, and newspaper clippings. The collection also includes occasional notes or other materials added by Scotia historian Neil Reynolds.

Materials of special interest in the collection include Carpenter’s genealogical material about a number of Glenville families, Carpenter’s notes on his conversations with painter Samuel H. Sexton, transcribed copies of the diary of Abram O. Veeder, and material pertaining to the legal and financial dealings of E.Z. Carpenter. A finding aid for the collection can be found here.
Posted by The Librarian at 3:32 PM 0 comments

﻿﻿ ﻿ A recent donation of materials made us smile -- and made some of our volunteers ﻿sing! -- here in the Library. Among some general memorabilia and photographs of a local young man were three "squiggles" made by local children and enhanced by Jim Fisk on WRGB's "Breadtime Stories."


WRGB began production of “Breadtime Stories,” also known as “the Freddie Freihofer Show,” in 1949. The program proved to be very popular and ran until 1966. Children who had a birthday could be on the show to celebrate and were given a birthday cake from Freihofer’s Bakery. Host “Uncle Jim” Fisk would create a drawing from a “squiggle” made by a child on the show. Ralph Kanna, Bud Mason, Ed Joyce, and Bill Carpenter each served as hosts of the show before Jim Fisk, but Fisk was the host from 1956-1966 and is perhaps the show's best-remembered host. During the 17-year run of "Breadtime Stories," over 200,000 local children appeared on the show.

Posted by The Librarian at 4:15 PM 0 comments 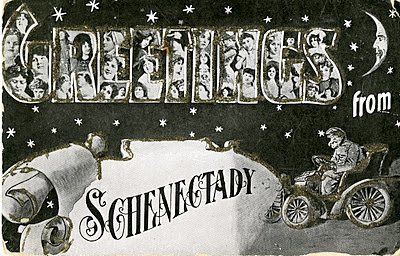 The Library's collection of postcards consist primarily of photograph postcards or colorized postcards based on photographic images. The subjects of the postcards in the collection range from general aerial and river views, to railroads and trolleys,  to various buildings, including businesses, industries, churches, hospitals, schools, individual homes, and residential areas. Many postcards also document organizations, prominent indivduals, and events such as floods and parades.

American postcards were first developed in 1873 as a means to send brief messages more easily through the mail. The first American souvenir postcards were printed to promote the World's Columbian Exposition in Chicago in 1893. As a result of this exposure, postcards, "private mailing cards," and "souvenir cards" exploded in popularity. Most of the postcards in the Grems-Doolittle library range from the early-to-mid twentieth century.

A sampling of postcards from our collection is included below. A complete list of the classifications for the collection can be found here. 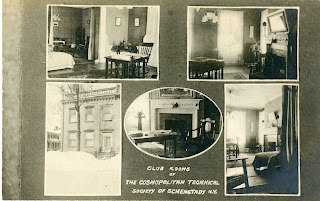 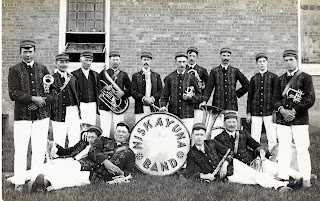 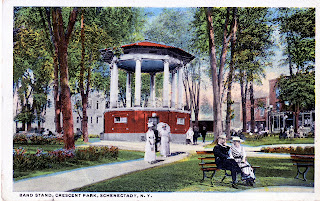 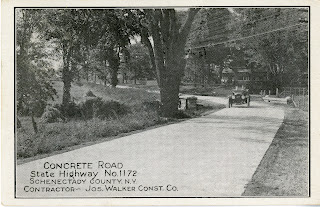 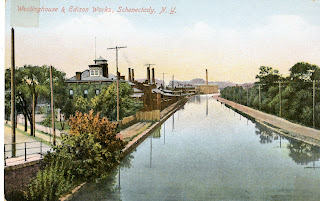 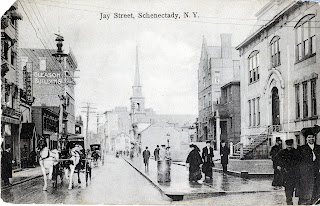 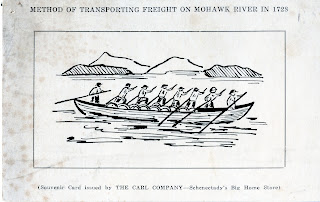 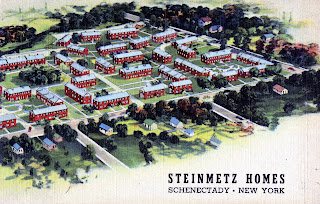 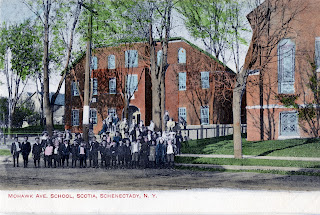 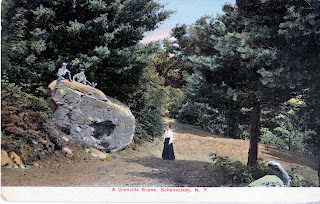 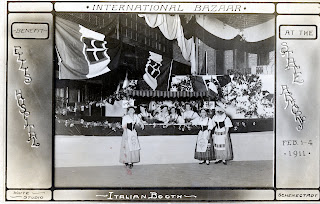 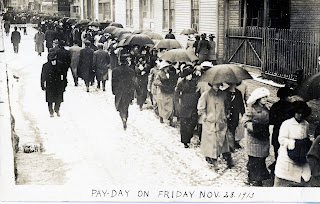 Posted by The Librarian at 1:02 PM 0 comments