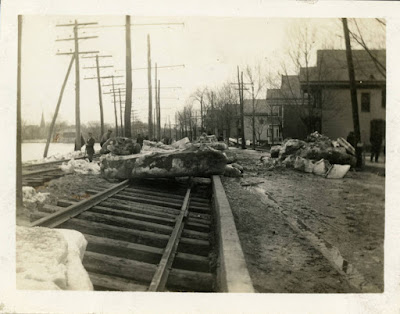 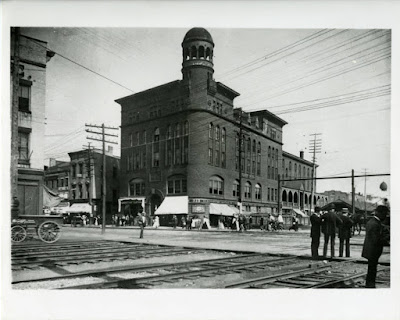 This post was written by library volunteer, Gail Denisoff

Much is known about Henry Glen, the great-great grandson of Alexander Lindsay Glen, the first settler of Scotia.  Henry was born in Schenectady in 1739 and served the public in many capacities.  He was a successful trader, along with his brother John, and a member of the first Committee of Safety for Schenectady.  During the Revolutionary War he served as Deputy Quartermaster, in charge of all supplies for the region.  He was a representative of the 1st, 2nd and 3rd Provisional Congress, Commissioner of Indian Affairs and a member of the 3rd, 4th and 6th Congresses of the United States from  1793-1802.  He also served as a judge and a member of the State Assembly in 1810.  Despite a successful career as a trader and many government positions, Henry Glen became impoverished after the Revolutionary War and spent most of the remainder of his life unsuccessfully trying to obtain payments he felt he was owed by the federal government for his war duties.

Not as much is known about his wife, Elizabeth Visscher.  She was born in Schenectady, the daughter of Johannes Visscher and his wife Catharine Van Slyck, part of the large extended Visscher family of Dutch heritage.  She was baptized on October 9th 1743.
Elizabeth (sometimes spelled Elesebat) married Henry Glen at the Schenectady Dutch Reformed Church on December 9th, 1762.  Between 1763 and 1785 she gave birth to seven children.  At least one child died in infancy.  Due to his many duties, Henry was away from home during much of their marriage.  According to records, Henry was a slave holder until at least 1802 so Elizabeth most certainly had help tending to the children, house and property.
What we can ascertain of Elizabeth’s life and personality comes from the one letter she wrote to her husband that is part of the collection of Henry Glen letters held in the Grems Doolittle Library. She was obviously well educated, with a quick wit and astute understanding of politics.  In the letter, written on Christmas Day 1800, she gently chides Henry for forgetting about “the little woman”, as she calls herself, and sarcastically gives him some political advice.  In reading her comments it seems that nothing much has changed in the way politics works!  (Spelling and punctuation are as they appear in the original letter)


December 25th 1800
I am very happy my good friend.  You have at last concluded to write to me.  I heard amidst the multitude of new acquaintainces the little woman had been forgot but from the melancholy tenor of your letter you are not engaged in so large a circle as I had imagined.  I fear most gallant Judge you are in a bad way.  Polliticks day and night will never agree with you.  For Heaven’s sake then take the first opportunity of laying your case before the House.  I once heard you make or second a motion very ably before the Honorable body.  Try to again, something in the following manner I would recommend.  …as I am so much interested I cannot refrain from intruding my ideas upon this momentous occasion.  Suppose then my good Judge you rise give a stout hem, and begin with , -
Thursday 1801
I must for a few moments claim the attention of his Honorable body, in behalf of one of its most distinguished Members (never mind puffing yourself a little they all do it) who from change of air, diet, and want of proper associates, feels himself enervated to such a degree as to be perfectly inadequate to either public or private business.  I do therefore recommend, as a preservation for the whole body politick, that we immediately adjourn, to meet in Phila on the 15th of Jan’y in the year 1801.  I fix this early removal Gentlemen, as I have but a short time to remain with you; having devoted my best days to my Country’s service I shall soon withdraw myself from the noise and tumult of a publick life and in a peaceful domestic retirement pass the last hours of this scene of mortality.
If you find freedom, you can in your own expressive language tell the Honorable Gentlemen how much ground you have gone over, taking care to conduct them over only the clean paths you have trod, as some of them might perhaps offend the delicacy of the pure body of your address.  A speech so consonant with the general feelings and wishes of the House will doubtless be received with universal applause, and the business will be done with all legislative dispatch that is to say, your motion will be seconded, referd to a general committee, turned over to a special one, reported upon in about a year; the report amended and referrd back to the same committee, who not agreeing on the proposed amendment, are discharged, a new committee is appointed who after a proper time report something quite foreign to the subject which gives rise to new debates.  If you live to be a good old age you may probably hear of its being laid upon the table which may be considered as a tolerable state of forwardness.  In the mean time ask leave of absence and visit your friends in Philadelphia who most ardently desire to see you.
All your friends and acquaintainces are well.  Miss Peters getting better.  We had a large party to supper last night .  we fairly saw the new year introduced wished each other the compliment of the season (as I now do you) and broke up in very good time.
Dear, dear Judge what shall we all be about the first day of the new Century.  It makes me creep to think about it.  Some of us may not be in in a chilly condition neither.
I have made this letter so long you will never wish for another as long as you live from the
Little Woman
Because of Henry’s financial situation and many debts, he was forced to sell the house where they lived for many years on the south corner of Union Street and Washington Avenue as well as most of their furnishings in 1802.  They moved to a house on Front Street that was partially owned by Elizabeth, left in her father’s will.  Elizabeth died on May 17th, 1809.  In a letter to Henry dated May 21st 1809, their son, Cornelius, writes of Elizabeth’s death “By the will of the Lord (which must be obeyed) you have been deprived of an affectionate Wife & I of a dear & Loving Mother.  Words can scarcely express my feelings.  I feel down hearted & am very sorry.  Oh what shall I say what can I do.  She is no more.  May She be received into the Society above then to enjoy eternal happiness.  Oh She was near & dear to me a Loving & Affectionate Mother.”
Henry’s brother, Cornelius, died the following year, leaving him a trust that eased his financial difficulties substantially before his death on January 6th, 1814.